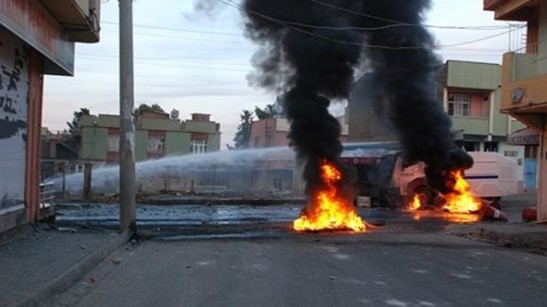 (ANF) A vote recount in Viranşehir, a district in Urfa Province, has confirmed that the BDP has won the election and victory celebrations are underway.The recount took place after an official complaint from the AKP. The local election commission agreed to a recount and votes which had previously been invalidated were recounted at 200 polling stations.

Following the recount, however, it was discovered that the BDP had actually won more votes than previously acknowledged and the district will remain under the control of the BDP. Speaking in Viranşehir Meral Danış Beştaş, the BDP’s general Vice-president, said “as a consequence of the recount which the AKP demanded in Viranşehir are votes increased. Viranşehir municipality is ours, thanks to the people of Viranşehir.”

In numerous statements, BDP officials have questioned the fairness of granting a vote recount in Viranşehir, where the AKP had lost, while not granting a similar request in the district of Ceylanpınar, also in Urfa province and where the AKP has claimed victory amid reports of widespread fraud. Ceylanpınar is located directly across the Turkish-Syrian border from Serêkaniyê – one of the largest towns in the Rojava Canton of Cizrê – and the town is widely thought to be used by Turkish intelligence to support armed groups across the border.

Large demonstrations have gripped Ceylanpınar for the past two days amid accusations and growing evidence that the AKP has committed widespread vote tampering, with pictures surfacing of BDP votes being burned at numerous polling stations. A separate article from Özgür Gündem has reported that around one hundred and fifty members of El-Nusra, including foreigners, have joined police in attacking demonstrators while the local BDP building has been surrounded by Turkish soldiers.

In another article carried by Özgür Gündem, Osman Baydemir, the BDP mayoral candidate for the province of Urfa, is reported to have said: “The darkest part of 2015 local elections which were the darkest elections in the history of the Republic took place in Urfa. They want to make Urfa in the backyard of the Syrian war.”

One comment on “Post-Election Struggle Continues In Ceylanpınar, As BDP Celebrates Victory In Viranşehir”