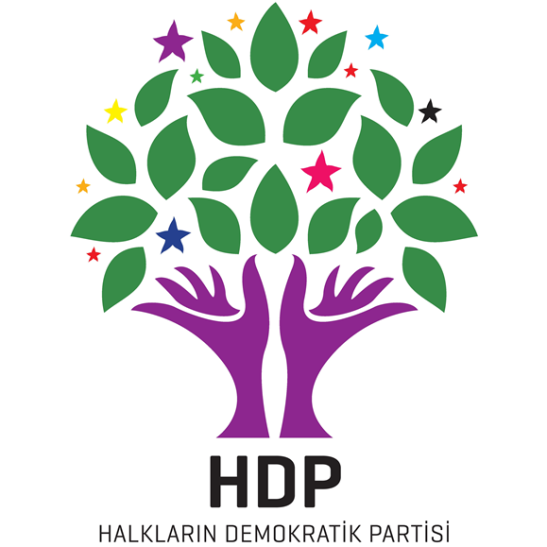 Two hours ago the HDP issued a new statement on its official Facebook page concerning today’s attacks on its party offices and members. The statement has been translated into English below:

Our statement concerning the attacks on our provincial and district offices:

Tonight our party’s offices were attacked in the Istanbul districts of Beykoz, Bayrampaşa, Eyüp, Beylikdüzü, Bağcılar, Üsküdar and Kartal, as well as in Erzincan, in the Yenimahalle neighborhood of Ankara, in Çanakkale, in the Darıca districts of Kocaeli and in many other places.

The fact that no state officials have contacted us about these attacks demonstrates who has organized and encouraged them. Those who have taken no precautions to prevent these attacks are creating the opportunity for further provocations.

We are sending a message of solidarity and support to our people and our officials who continue to support the party and whose resistance has not been broken despite all of these attacks; and we ask that they proceed with great caution.

This entry was posted on December 17, 2016 by --- in Uncategorized and tagged HDP, Istanbul, Turkey.