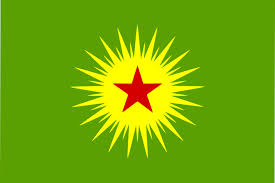 TO OUR PEOPLES AND THE PUBLIC OPINION

With the killing of Bêmal Tokçu, the number of the crimes committed by the Turkish police raised to three. We convey our condolences to the family of Bêmal Tokçu and all the Kurdish People. Those who committed these murders will certainly be held accountable for them. The AKP administration has normalized the crimes committed by the police in Kurdistan and Turkey. No police crime undergoes trial, just as the killers are left unpunished. The police heartened by this indifference are easily showering bullets on the people. The only difference between the recent AKP practices and those of the 90s is that at those times people were being killed in numbers of ten, but recently the AKP’s witch-hunt practices kills the Kurds two by two or three by three. The Turkish media’s silence on these crimes demonstrates they are continuing with their complicity of the 90s. Obeying the instructions of the centers for waging special war, The Turkish press is conniving with the crimes committed in Kurdistan.

If there is any provocation in Gever, the provocateurs are those who opened fire on the people. These attacks have been carried out by those who want to silence the Kurds through repression and violence. Remaining silent on these crimes and repression does not help stopping them. As a matter of fact, the aim of oppressors and mass killers is forcing the Kurds into submission and silence.

The AKP government, on the one hand, remains silent on the killing of the Kurds and, on the other hand, tries to disguise its reality by claiming that “ [the Kurds] are resorting to terror; in fact, the pot is calling the kettle black. But, as the Turkish public opinion and our people know, the Kurdish Freedom Movement has many times ensured non-conflict environments and hence provided the AKP government with the necessary opportunity to take steps. But, instead of taking steps, the AKP government has always escalated its political and military offences after all the elections, which they think has strengthened their position. Despite these plain facts, accusing the Kurds of ‘resorting to actions before any elections’ demonstrates special-war-oriented nature of the AKP administration which makes utmost use of psychological warfare. By waging a psychological war based on lies they want to disguise their own aggressiveness and leave our people inactive.

These attacks are carried out at a time when the guerrilla holds its non-conflict position. As a matter of fact, the Turkish state has been infringing the non-conflict situation from the very beginning of the process. The construction of new military posts, restoring the old ones, and building dams, roads, and airports for military purposes in order to speed up the cultural genocide process are activities which end the non-conflict situation. These activities can have no reason other than war-preparation purposes. These practices give the guerrilla the legitimate right of carrying out action against the ongoing construction of military posts, dams, roads and airways. Particularly, the guerrilla keeps its own right of retaliation against the offences and crimes against the civilians. No-conflict can in no way be interpreted as the silence of one side and the military preparation and aggression of the other side.

Our people and the Turkish public opinion should observe that the offences of the Turkish state are bringing the non-conflict situation to an end. By committing these crimes the Turkish state is always keeping alive the grounds for conflict. Here is the provocation and the repressing the Kurds’ hope for freedom. The Turkish public opinion should observe these facts and demonstrate their clear attitude towards the government’s policies. Unless these crimes and the government’s policy of normalizing them are strongly opposed, neither the democratization of Turkey nor the democratic settlement of the Kurdish question will be ensured. Unless the government’s recent policies are protested, the hitherto non-settlement policies will not be brought to an end. Therefore, democratic forces and the public opinion have important responsibilities to fulfill.

Our people should in no way remain silent against these crimes. They should not let the normalization of these crimes. Otherwise, they will continue. Therefore, our people should take to the streets and continue protesting the crimes in Gever. They should demand punishing of the murderers. Prime Minister Erdogan’s mind-set and his everyday ritual of ‘one nation, one country, one flag and one state’ should also be protested; because this rhetoric leads to the continuation of non-settlement situation and encourages the murderers. The Kurdish question will not be settled unless the AKP administration and the Turkish state leave this mentality and rhetoric. The government should know that these aggressions and crimes puts an end to the non-conflict situation and give us the right for retaliation. Therefore, the government should go beyond mere election plans, leave distraction attitudes, adopt a serious approach towards the steps taken by Leader APO and the Kurdish Freedom Movement, and show its democratic will for significant and deep negotiations. This is the only way for a lasting non-conflict environment a democratic solution to the Kurdish question.

THE COPRESIDENCEY OF KCK EXECUTIVE COUNCIL