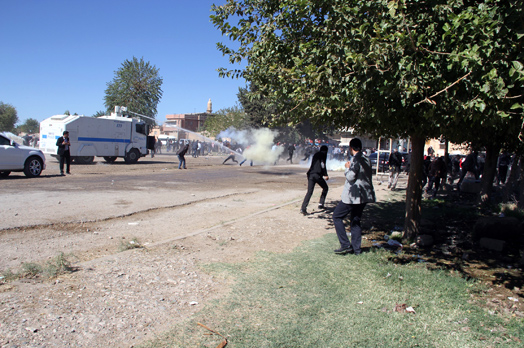 Police attacked crowds of mourners attempting to meet the bodies of two brothers, Ömer and Mehmet Karana, as they were taken across the Nusaybin-Qamişlo border crossing – according to an article in Özgür Gündem. The family of the two brothers, who were killed in a suicide bombing attack in the town of Tirbespiyê in eastern Rojava on Saturday, had come to the border crossing accompanied by local BDP officials in order to officially receive the bodies from the YPG. Ömer had been a fighter with the YPG while his brother Mehmet had worked with the Mem û Zin Center for Culture and the Arts in Cizre.

The incident occurred when police attempted to take the bodies from the family under the pretext of an autopsy, as the local prosecutor refused to come to the border crossing out of “fear for his life” and declare the death there. This was after an earlier attempt by police to refuse permission to cross. The police attempted to disperse the crowds with water cannons and tear gas, and the crowds fought back with stones. Three people, including a driver in the funeral procession and members of the Karana family, were arrested.

Mehmet was buried in Cizre later in the day, however the environment in the city remains tense. 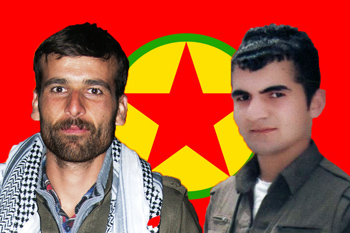 The Karana Brothers died in a suicide attack on Saturday