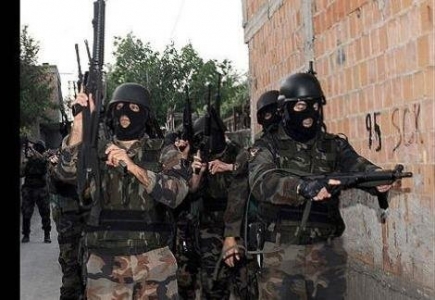 According to a report from ANF around 20-25 uniformed soldiers wearing masks entered Çobanbey, a village near Afrin and a known command center of the al-Nusra front in the region. Later that evening the group of soldiers, together with several members of al-Nusra raided the village of Karagöz and kidnapped three elderly men, who conditions remain unknown.

The al-Akrad Front also claims to have killed a MİT agent, or Turkish Intelligence Officer, during clashes in the region earlier this month.

One comment on “Turkish Army Enters Rojava Near Afrin, Attacks Village with al-Nusra and KidnapsThree”