Turkish PM Threatens Rojava: We Will Attack At The First Opportunity 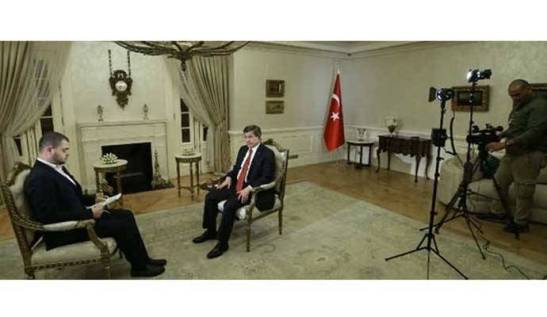 In an interview with Al Jazeera Arabic Turkish Prime Minister Ahmet Davutoğlu blamed the recent attacks in Ankara on the YPG and suggested that Turkey was preparing for an invasion of Syria which would target Rojava, reports an article from Özgür Gündem.

The Turkish PM seemed to point to a continuation of Turkey’s military attacks on Kurds as part of its larger Anti-Kurdish policy. Despite a public claim of responsibility by TAK, Davutoğlu continued to pin the blame for the February 17th Ankara bombings on the YPG as an excuse to send Turkish soldiers into Rojava. “I don’t know when and how we will respond” he said, “…but everyone will see how we respond to every challenge and attack to Turkey.”

Davutoğlu remarks that “a decision to attack Rojava has been made. For this we are waiting for the proper moment’ provoked much commentary.

The Turkish PM also expressed his frustration at the unwillingness of Arab states to support a ground operation in Syria. Davutoğlu described how ‘a very important man in an Arab state’ had asked him ‘why you are not intervening in Syria’ adding that he reminded this man of the situation in Bashiqa, adding “those who are now asking us such questions should turn around and look at themselves. What Arab state has done more than Turkey? I am not trying to compete with our Arab friends. However why for example did the Arab league condemn Turkey and ask it to withdraw [when it sent soldiers to Bashiqa in Northern Iraq] in order to liberate Mosul and support the operations there? If were intervene militarily in Syria who will guarantee that the Arab countries will defend us and support us?”

7 comments on “Turkish PM Threatens Rojava: We Will Attack At The First Opportunity”