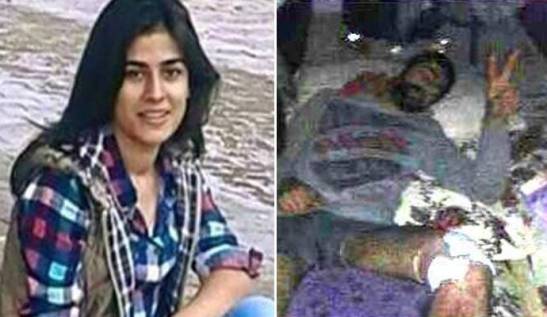 Şirnek/Cizre – The bodies of 31 more people have been brought to Cizre State Hospital following the attacks carried out by state forces on buildings where scores of wounded had been taking refuge in basements amid ongoing state attacks – reports an article from JİNHA.

The bodies were carried from the area by funeral vehicles belonging to the Cizre municipality. Two days ago there were 52 wounded and 10 bodies trapped in the building on Nar street in the Cudi neighborhood of Cizre. Following a military operation by Turkish security services all contact with the surviving people was lost. That day 29 bodies were taken from the building. Yesterday 12 more bodies were brought to the Cizre State Hospital. Like the bodies transported over the previous two days it is reported that the 31 bodies taken to hospital today were burned and in pieces.

In another building on Bostancı Street in the Cudi neighborhood there were 7 more bodies from the first basement which could not be transported to hospital, as well as 15 wounded and 9 others who remained to assist the wounded.

In a third basement in the Sûr neighborhood of Cizre 45 wounded people were known to be taking refugee. Yesterday an attack on this building by state security forces killed 22 people while 23 are still waiting to be taken to hospital.

In total it is understand that 149 people had taken refuge in three buildings. Despite days of protest and repeated requests for ambulances the Turkish state forces refused to allow medical aid through to evacuate the wounded. Until now 82 bodies have been brought out of these basements.

Protests over these massacre continue to grow around Kurdistan.