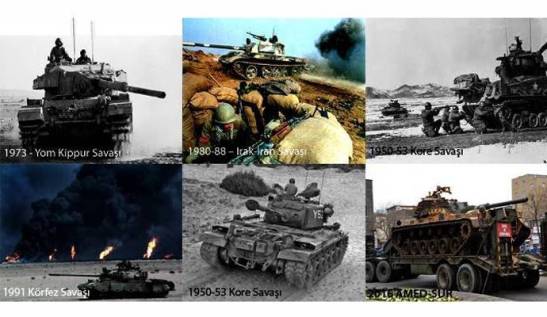 Local residents in Diyarbakir are voicing their anger at the United States and European countries for providing Turkey with weapons while failing to condemn its security services’ attacks against civilians – reports an article from Özgür Gündem.

As the resistance in the Sûr district of Diyarbakir concludes its 69th day, Turkish state security forces are continuing to use tanks purchased from the United States and Europe on the condition they be not used against civilians in order to bombard civilian populations in their homes.

Residents of Sûr have reacted to the presence of American tanks in their neighborhood, claiming that the United States and all other countries which sell weapons to Turkey while ignoring these attacks share some responsibility for the massacres which have taken place.

Fesih Kaya from the Lalebey neighborhood in Sûr, for example, said that such countries will pay a price for these attacks in the international courts together with Turkey, adding that although it is widely known that these weapons are being used against civilians there has been no public condemnation or intervention from the international community: “The United States and Nato are a party to these war crimes” he said, “they are both providing the weapons and then ignoring these attacks.”

Mehmet Tayrak, a resident of of the Alipaşa neighborhood, noted how shelling by tanks had completely destroyed his home and claimed that Turkey had committed war crimes, adding that “it is not us who will leave our living spaces but the American and European tanks which are being used to carry out war crimes.”

These Streets Are For Children, Not Tanks

A third local resident of Sûr, Remziye Ay, said that they would not leave their homes despite the attacks from these tanks, saying “this war will end and these places will still belong to us. Tanks are passing up and down these streets when it should be children. The United States and the countries of the European Union which talk about human rights have transformed the living spaces of these children into war zones.

Finally Sûr resident Aynur Atman lamented how the streets on which she had grown up in Sûr were not full of tanks.