Local Leaders In North Kurdistan: They Are Afraid This Model Will Spread 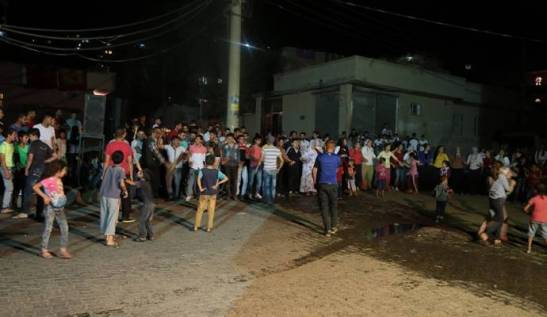 The following article – “Özyönetimin yayılmasından korkuluyor” – was written by İsmail Eskin for Özgür Gündem. It has been translated into English below.

(Amed) – Çimen Işık, the co-President of the Democratic Local Government Union, has shared her thoughts concerning the wishes and expectations of the people around the implementation and status of the self-government model that is currently being implemented [in North Kurdistan], saying that it is moving forward from a perspective of `do it yourself.`

Recalling that Kurds have made their desire for self-government obvious, Işık added that they would stand behind a decision taken by the people. Speaking on the attitude of the state, which has resisted the implementation of self-government through violence and force of arms, she added that “Turkey is caught between the nation-state model and the dictatorship of a single man and are attemtping to decide between the two. The Kurdish people however have presented the self-government model as a third way. It is the knowledge that this model will not remain among Kurds but will be implemented in the whole of Turkey that is frightening the state. As a result of this fear they are responding to this model of democratic autonomy with terror and massacres.”

Işık added that self-government was opposed to both the dead end of centralized administration and the politics of patronage, saying “we will follow a common path, together with our people, during both the process of decision making around local government as well as during its implementation. We will not allow any pressure, arrests or other methods to take any steps backwards.” Saying that Kurdistan would take ownership of its land, water and build within itself a  free life, Işık drew attention to how self-government would be built through assemblies and communes. Emphasising that municipalities will an active role as part of the popular assemblies, she recalled that within such assemblies there were many democratic organizations and societies, NGOs and that they possessed the right to to contribute to different parts and at different moments in the decision-making process.

The People Are More Secure

Vekili Zuhal Tekiner, co-mayor of the Farqîn (Silvan) municipality, spoke about the security of the self-government model, pointing to the arrest of mayors and local civil leaders [in North Kurdistan] and how the safety of local life and property had been threatened in the name of ‘public security.’ Tekiner described how construction equipment belonging to the municipality had been commandeered by the police in an attempt to render the municipality without any means to offer public services. Tekiner underlined how the construction of trenches in certain neighborhoods and allowed the people there to feel safer, saying “there is no security of life in places where there are no trenches. In this situation the trenches increase security” and thereby stressing the role of self-defense in self-government.

One comment on “Local Leaders In North Kurdistan: They Are Afraid This Model Will Spread”