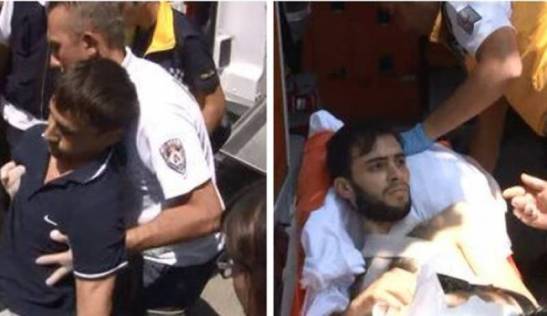 An urgent plea has been made by the Executive Assembly of the Efrîn canton for information on the fate of six injured YPG fighters who were handed over to al-Nusra and Ahrar ash-Sham by Turkey late last month, reports an article from Özgür Gündem.

The 6 YPG fighters, who were in Turkey for treatment after having been injured in battle in Rojava, were illegally handed over to fighters of al-Nusra and Ahrar ash-Sham at the Bab al-Hewa border crossing near İdlib in contradiction to international law.

In the statement the Executive Assembly called on government of Turkey to be held accountable for their violation of international law and for the Turkish state to take responsibility for the well-being of the YPG fighters.

The statement read in part:

“…This situation has increased our concern for the lives of our fighters. Despite the fact that they were officially transferred to North Kurdistan for treatment their fate remains unknown. However the Turkish government, which has openly demonstrated its support for and cooperation with these terrorist groups, did not abstain from handing over these injured fighters to these gangs in violation of international treaties and human rights law. We are sharing our concern for the lives of our 6 YPG fighters, whose treatment had not been completed and from whom there has been no news for a month. We the Executive Assembly of the Efrîn canton condemn the inhumane treatment of these injured fighters by the Turkish government.”