Suruç Bombing Victims Were Bringing Books And Toys To Kobanê 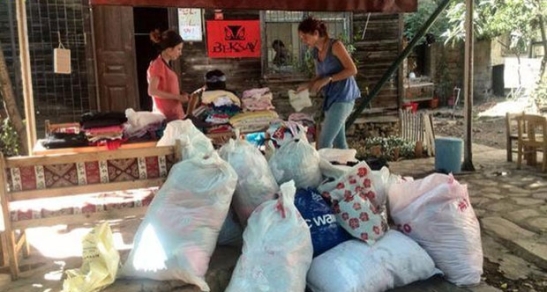 The victims of today’s ISIS bombing attack had traveled from Ankara and Istanbul to Pirsûs (Suruç), on the Turkish-Syrian border, in order to help with reconstruction of Kobanê. They had planned to cross over into Kobanê with humanitarian aid, as well as books and toys for local children, says an article in the Turkish-daily Radikal.

The suicide bomber struck around 11:00 am local time as members of the Federation of Socialist Youth Associations (SYDG) gathered in the garden of the Amara Culture Center for photographs and a press statement before crossing into Kobanê. At least 28 people have been killed and over one hundred wounded.

The youth had planned a number of projects for Kobanê, including the construction of a library in the memory of Suphi Nejat Ağırnaslı, a member of the Turkish MLKP martyred during the defense of Kobanê last October. They had also planned to bring musical instruments for local children and paint murals along the damaged city walls, as well as to help plant a memorial forest on Kaniya Kurda hill, the site of the some of the fiercest fighting during the battle for control of the city.

This entry was posted on July 20, 2015 by --- in Uncategorized and tagged Federation of Socialist Youth Associations (SYDG), Islamic State of Iraq and Sham (ISIS), Kobanê, Rojava, Suruç, Turkey.