Jarabulus In Sight As YPG Operations Continue Throughout Rojava 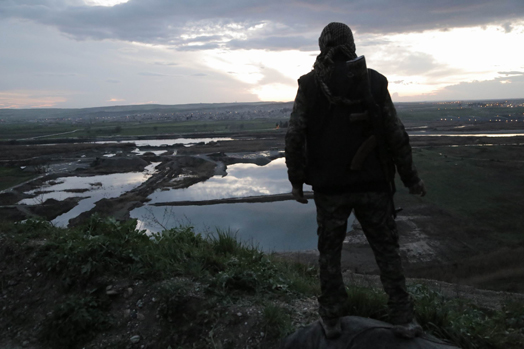 The YPG is continuing its operations against ISIS in the Kobanê and Cizîrê Cantons, with reports that the village of Değirmen in the  Kobanê Canton has been liberated, according to an article in Özgür Gündem.

The YPG Press Center released a new statement on the situation in Rojava as the fighting in the Kobanê canton reached its 169th day. According to the statement YPG/YPJ forces carried out an operation targeting the village of Akbaş to the East of Kobanê in which one 5 ISIS fighters were killed and one ISIS vehicle was destroyed. The statement also acknowledged ongoing operations near the villages of Eydanê and Gultepe, reporting that 5 ISIS members had been killed in the area.

The statement also noted the liberation of Değirmen, reading“Our Forces successfully completed an operation targeting the village of Değirmen to the Southwest of  Kobanê. As a result of the operation Değirmen has been liberated and entirely cleared of the gangs.” It also mentioned an ISIS counter-attack against the village of Cibil Ferec, which had been liberated by the YPG in recent days, saying “our forces responded to this attack and a brief clash occurred in which the gangs were pushed back. 5 ISIS fighters, including a commander, were killed i this fighting.”

The YPG released a second statement on the situation in the Cizîrê Canton where YPG forces have launched operations around Til Hemis and Til Berak in order to eliminate the ISIS threat to the area. The statement read: “Operations undertaken by our forces to completely clear the gangs from the region between Til Hemis and Til Berak have intensified and will continue.”

The statement noted that clashes in Til Temir were continuing, saying “Yesterday evening a group of ISIS fighters attempted to infiltrate an area under the control of our forces near the village of Xerîta between Til Temir and Hasekê (Al-Hasakah). At least 5 ISIS fighters are known to have been killed in the subsequent clashes.” It added that another ISIS member had been killed at the Sidiq crossroads near Hasekê.

YPG On The Outskirts Of Jarabulus

After reaching the east bank of the Euphrates YPG/YPJ forces have also begun to monitor the city of Jarabulus across the river. Speaking about operations in the area Şivan Feraşin, a YPG commander, said that YPG/YPJ forces had now crossed beyond their original defense lines which had existed before the beginning of the ISIS attack in September, saying:

“We have taken back our lands which ISIS had looted. We will continue to take them back. If our blood needs to be spilt then it will be spilt but no power can hold us back from this goal.”

This entry was posted on March 4, 2015 by --- in Uncategorized and tagged Cizîrê Canton, Islamic State of Iraq and Sham (ISIS), Jarabulus, Kobanê, Rojava, Til Berak, Til Hemis, YPG, YPJ.