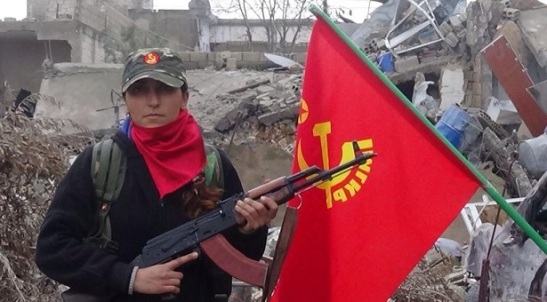 (ANF) The executive body of the Komalên Jinên Kurdistan (KJK), which represents different women’s groups in Kurdistan, has released a statement in which it commemorates the life and sacrifice of Sibel Bulut and pledges to increase its resistance in the memory of all its martyrs.

Sibel Bulut, also known by her codename Sarya Eylem Deniz, was a member of the  Marxist–Leninist Communist Party (MLKP) who had joined with the YPG and YPJ in the defense of Kobanê and was killed in fighting last week.

The KJK’s written statement read: “The Rojava revolution is a resistance which crosses borders and has become a site of common freedom for revolutionaries who are realizing the free unity of communities and the spirit of revolutionary resistance in their hearts. Our comrade Sibel Bulut (Sarya Eylem Deniz) joined the resistance and the ranks of the YPG and YPJ as a MLKP militant, and helped to grow this legendary resistance by taking a place on the most forward position. She exhibited the greatest connection with the revolutionary legacy by taking sides in a conflict over the honor of humanity.”

Resistance Is An Historical Duty Of Humanity

“Resistance against the massacres carried out by the nation-states are collapsing light a nightmare around the people of the Middle East, as well as their gangs of  proxies and collaborators such as ISIS, is a humanitarian duty. The struggle of our comrade Sarya, who possessed a consciousness that resistance and struggle were among the most rooted historical strengths of peoples and who  was martyred in the ranks of the resistance, is the consciousness of this historical humanity.

In the ancient lands of the Middle East, the consciousness of a common life and a common resistance over the course of thousands of years has taken on an internationalist spirit under the leadership of women. The Arin’s, the Kader’s, the Sibel’s and the thousands of other women have proved this with a passion for freedom that recognizes no borders and with their magnificent resistance both in Kobanê and with their years of resistance against hegemony. Women, with their belief in the unity of socialist struggle and the free will of peoples will strengthen their organizations and resistance with a passion for freedom.”

Join The Resistance In Kobanê 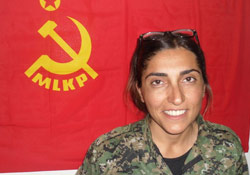