AKP and ISIS: What Is Turkey Preparing In The Hatay? 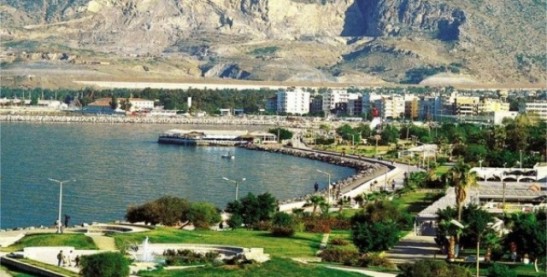 The following article “Türk Devleti Hatay’da neye hazırlanıyor?” was written by Dilzar Dîlok and originally appeared in Özgür Gündem. It has been translated into English below.

The Turkish state is showing that it recognizes these ‘gang’ functionaries as its own citizens, because it provides them with Turkish ID’s and is creating the possibility for them to easily organize. On one side they are transporting the weapons by truck to depots and building up large arms caches in places around Samandağ, Reyhanlıö Yayladağ, and Altınözü. In conjunction al-Nusra is seen to be operating around the Efrîn Canton across the border. Despite their Arab roots these organizations are formed from an international cadro and have been transformed into paid proxies within the Middle East, in which capacity they are also working together with the Turkish state.

At the same time that the AKP has moved with police operations to eliminate certain factions within itself which it accuses of having formed a ‘parallel structure,’ new such structures are forming. These are no different this time than from the last. The parallel power structure constituted by the Islamic tendency within the party has brought the AKP to the edge of a cliff and close to an historic defeat.

In Kobanê the AKP has provided ISIS functionaries with every kind of moral and material support. Despite all of their support, ISIS encountered unexpected resistance in Kobanê and was defeated. ISIS and the AKP have not accepted this defeat and are continuing to bring in international reinforcements. The AKP’s support for ISIS and their official and unofficial opening of the areas belonging to the Turkish Grain Board, is the continuation of its same old approach to the people of Kobanê and the people of North Kurdistan who support this people. Turkish soldiers chased down 25 year old Eso Salih from Kobanê while he was fleeing on his motorcycle and critically injured him. It is difficult and frustrating to write these words. As one writes one feels oneself more distant from the human reality. A human being is not a dry leaf, nor a piece of trash, nor is it ever an object to be oppressed and crushed. But the approaches and policies of the Turkish Republic  are full of examples of how it has objectified the Kurds. A policy of denial, assimilation and enmity toward the Kurds has once more been implemented. The approach of Turkey to Kobanê, the people of Kobanê, and the Kurdish youth who are putting up a fight for existence in Kobanê has once again been made concrete in this event.

According to the mentality of Turkish hegemony, Kurds – along with bodies, their youth, their culture and their very existence – should be crushed under the treads of tanks. Despite this resistance of the people against the siege of Kobanê is continuing. Actions in Pirsûs (Suruç) across the border are unrelenting. A human chain has been formed along the border and will continue until this siege has ended. The people of North Kurdistan are supporting this resistance and with it they are once again showing their insistence in the face of attacks from the Turkish state.

Turkish tanks continue to crush the youth of Kobanê. ISIS is now also attacking Kobanê from buildings belonging to the Turkish state. This reality was shown to the public by Kurdish journalists. They have already been filmed greeting Turkish soldiers, crossing the border in plain sight, and receiving goods from Turkish soldiers. But this time ISIS fighters attacked Kobanê from a Turkish state complex within Turkey. With this attack it became clear the Turkish state is attacking Kobanê through ISIS. They are putting up and treating ISIS fighters in private hospitals as they launch large-scale and politically motivated police operations in North Kurdistan. And most of those arrested are under 18. The defense of people from ones own society within the four parts of Kurdistan is being met with arrest. In response the Kobanê resistance and actions taken in support of that resistance must continue. They are consequences to all of these attacks and plans for attacks, including preparations in the Hatay [for actions against the Efrîn canton] following Kobanê.

The HDP and all other legal political organizations are not sufficiently organized in regions around Efrîn and Kobanê such as Maraş, Antep, Hatay Adıyaman and Urfa. This is to leave the door open for all kinds of statist or gang groups to organize. The social foundation there is not sufficiently organized to prevent this. Almost all of these provinces of ours have become zones for war preparation for gangs such as ISIS and al-Nusra. There are very few who do not know that all of their logistical structure and training is carried out here and yet this still continues. The first thing that needs to be done in response to the threat posed toward Efrîn from the Hatay is to immediately strengthen our organizations in these provinces, to make the society conscious of events, to prevent this region from turning a war-zone, to greatly increase the response of the people of North Kurdistan to the siege of Kobanê, andto present to all hegemon’s the insistence for and accomplishment of the national democratic nation by the Efrîn community which is now too under siege

One comment on “AKP and ISIS: What Is Turkey Preparing In The Hatay?”

This entry was posted on December 10, 2014 by --- in Uncategorized and tagged AKP, Dilzar Dîlok, Efrîn, Hatay, ISIS, Kobanê, Rojava.