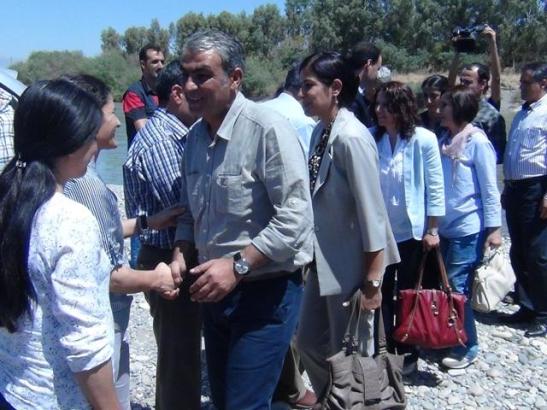 (ANF) A delegation of members of the Democratic Regions Party (DBP) and the Peoples’ Democratic Party (HDP) are in Rojava where they visited the Newroz Camp which was set up to accommodate the thousands of Yezidis from the Sinjar have sought refuge following ISIS attacks earlier this month.

Ekrem Hiso expressed his pleasure at the delegation’s visit and welcomed them “among their brothers and sisters in Rojava.”

Şirnak MP Selma Irmak made a number of brief remarks in the name of the delegation, pledging its support for the Rojava Revolution and promising to do everything its capacity for the Yezidi people and the other refugees forced to flee to Rojava in the face of ISIS attacks.

Irmak also recalled that the Yezidi people had faced many such massacres in the past and shared the delegation’s pleasure at the response of the people of Rojava, saying “we will be on the side of our brothers and sisters no matter what and will do whatever we can to help them. We are very happy that the people of Rojava have welcomed and embraced us.” 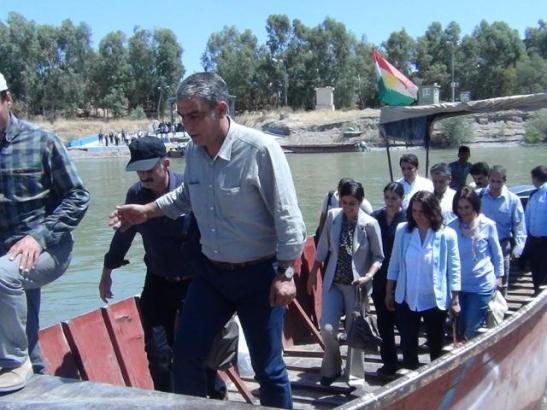 4 comments on “HDP/DBP Delegation In Rojava”