Child Labor Rate On The Increase In Turkey 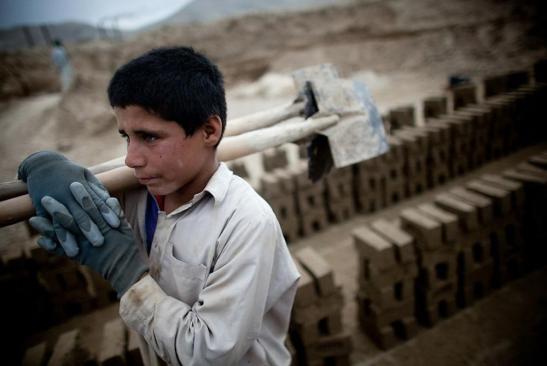 (ANF/ISTANBUL) According to a new report compiled by the Research Institute of the Confederation of Revolutionary Workers’ Unions (DİSK-AR), there are currently 8 million 397 thousand children in the workforce in Turkey. This corresponds with a 56% rise from a decade ago.

The report was issued on the eve of Children’s Day (April 23rd) under the title “The Truth About Child Labor In Turkey.” The report argued that “child labor is seen as a serious problem from the perspective of human development. Statistics show that a significant portion of working children also have their right to education taken from them. One in five children in the world are forced to work under harmful conditions which deprive them of a healthy environment and foundation freedoms, as well as physical, social, cultural, emotional and educational development.”

The report also stresses how children are frequently expected to work for free or extremely low wages, and thus make up one of the most exploited sectors of the labor force. It also advocates for programs which would help to reduce or eliminate child labor.

According to the report the number of child laborers decreased from 2 million 270 thousand to 890 thousand between 1996-2006. However between 2006-2012 the number of children in the workforce increased substantially – particularly in the agricultural sector. In 2012 there were 893 thousand children working outside the home in Turkey.

56% Of Children In Turkey Work

According to Turkish Institute Of Statistics (TÜİK) there were 4 million 447 thousand children working both inside and outside the home in 1999, while that number had reached 6 million 540 thousand in 2006. By 2012 this number had increased by nearly one million, reaching 7 million 503 thousand. In total there are now 8 million 397 thousand children working in Turkey both in and out of the home. This is an increase from 41% of children in 1999 to 56% in 2012.