Over One Thousand Syrians Flee Fighting in northern Syria to Turkey 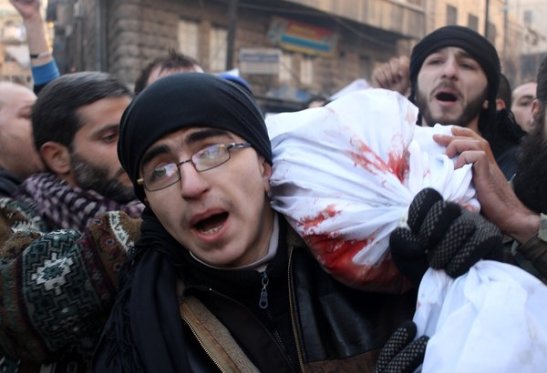 (ANF) Fighting between the Islamic State or Iraq and Syria (ISIS), an al-Qaeda affiliate, and Syrian opposition groups has driven over one thousand Syrians from Girê Spî (Arabic:Til Ebyad), in region of Rakka, across the border into Turkey. The refugees are reported to have crossed through the Akçakale border-gate into Urfa province. According to the district governor of Akçakale, local government officials have counted 1,562 refugees and the number could rise in the coming days. Fighting between the ISIS and Syrian opposition groups affiliated with Islamic  Front have been continuing since last Friday.

Six wounded Syrian fighters were also reported to have been brought to Akçakale this morning, local time, with four being transferred to hospitals in Urfa later in the evening.