Aldar Xelîl Gives Interview on the Progress of the Hewler Negotiations 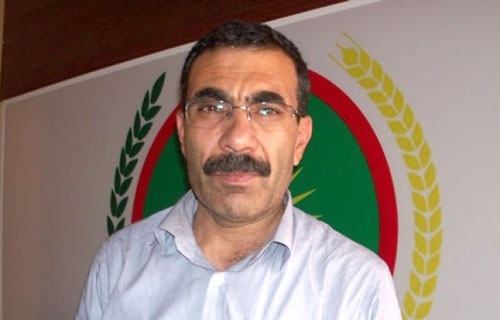 (ANF) Aldar Xelîl, a member of the Kurdish High Council, spoke to ANF about the ongoing meetings between MGRK and ENKS, indicating that the results of the negotiations could emerge today.

Xexîl explained that while both parties have agreed to participate in Geneva-2 as an independent party there continue to be debates about certain details. Xexîl reiterated that Kurds must be accepted as an essential element of the Geneva-2 talks and that if Kurdish participation was rejected or relegated to a secondary status Kurds could boycott the talks.

Xexîl also indicated that the YPG was not a subject of debate as it has proved itself to be a national establishment.

Kurds must be accepted as an essential element at Geneva-2

Xelîl began by discussing the progress of the Hewler (Erbil) meetings, sayıing “We are meeting with ENKS on three important subjects. The first regards the position that Kurds must be allowed at Geneva-2; the second is the formation of a Government of Democratic Autonomy; and the third concerns how the Hewler protocol can be updated and made more practical. There have also been discussions about more practical problems at the meetings, for example we are debating border control and the problem of border crossings.

Xelîl made it clear that the Kurdish position toward the Geneva-2 talks is one of the principal points on the agenda, “because the Kurdish problem is a primary problem of Syria and without solving this problem the other problems in Syria will not be solved. Once more we want to participate as an independent Kurdish party. That is it to say we think it necessary that we not be just a delegation within a coalition or a secondary subject but that we participate as an essential element. We will do everything we can so that the political will of the Kurds is accepted and on this point we are insistent.”

“If there are approaches that reject the Kurds or view them as secondary concerns we might boycott Geneva-2. In order for the Kurdish issue to be taken seriously we need to adopt a serious position. Otherwise if we participate as a member of a coalition or are seen as a secondary element any grounded attempts at a solution will be weakened.”

Although there is agreement on the basics of Kurdish participation many issues remain to be decided, says Xexîl: “The shape and details of the delegation have not been entirely worked out. The details will be certain today.”

ENKS requested Another Day to Make a Decision

Xexîl confirmed that debates about the  Government of Democratic Autonomy continue and the ENKS wanted another day to make a decision, which will come either today or tomorrow. Xexîl explained the situation thus: “As for the other subject it is the subject of government. For a Government of Democratic Autonomy we have developed a project in which all local peoples and segments of society, whether or not they are Kurds, can participate. On this our debate with ENKS continues.”

“As for the other subject, the Hewler Declaration and how it can be updated and made more practical is also being debated. Also debates surrounding the opening of the border crossings and other practical issues are continuing. We want the embargo that has been put in place against our people to be broken by opening the border crossings to commerce and trace. However we have not come to any final resolution on these subjects yet. ENKS wanted some time for internal meetings. There are positive approaches on some subjects. However they wanted some time for a final decision.”

The YPG was successful

To the question of whether or not the role of the YPG continued to be debated and whether there had been any further insistence on a second military power in Rojava, Xexîl responded, “There is no point of discussion on our agenda concerning a military power aside of the YPG. The subject of the YPG is not up for debate. Because the YPG is now a national establishment and they have proved themselves with their heroism. They have had martys and produced success. These subjects are not on the agenda for discussion.”