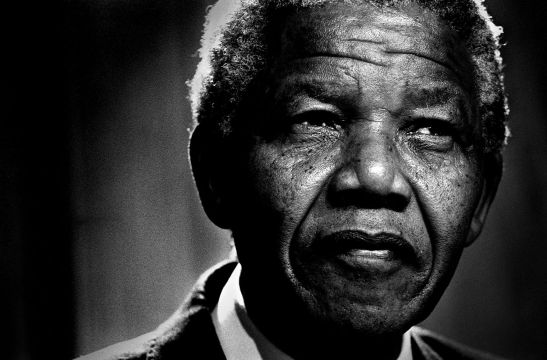 TO OUR PEOPLES AND THE PUBLIC OPINION

We were deeply saddened to hear about the demise of the great democracy and freedom fighter and the friend of the Kurdish People, Nelson Mandela. We convey our heartfelt condolences to his family, peoples struggling against racism and colonialism, and particularly the people of South Africa. Nelson Mandela will always be remembered, his aspirations and his struggle will continue till the entire world is free.

Nelson Mandela proved what a principled struggler for freedom and democracy he was when he rejected the Ataturk Peace Award of Turkey. By giving this award Turkey had intended to disguise and, hence, run more easily its cultural genocide system on the Kurds. But Nelson Mandela rejected this award of a dirty and specialwar system, on the ground of the cultural genocide policies and practices against the Kurds. Consequently, hevran down Turkey’s intention to abuse the sacred notion of Peace for its dirty war. Therefore, the Kurds will always pay tribute to him.

The Kurds are the people who understand best Nelson Mandela’s struggle. The Kurdish People Leader’s 15-years of heavy solitary confinement on the Imrali Island has led to frequent Öcalan-Mandela comparisons. Of course, there are differences between Mandel’s struggle and the paradigmatic, philosophical, ideological and theoretical perspectives of Kurdistan struggle, set by Leader Ocalan. But they share their decisiveness and commitment to their cause as well as their insistence on going on with the struggle despite prison conditions.The Kurds have understood Mandel’s struggle very well and have regarded his struggle as a source of inspiration and a part of their struggle.

Mandela has proved that freedom cannot be achieved without paying its price. Kurds are marching to freedom and democratic life, paying the prices no other people in the world has ever paid. Raising their struggle and appreciating the prices they have paid, the Kurds will achieve a free and democratic life. On the prison island of Imrali, Leader Abdullah Ocalan’s great struggle and ensuing values will further heighten the great freedom fighter Nelson Mandel’s aspiration for a free and democratic life and lead to the concomitant freedom of Ocalan and the Kurdish people.

THE COPRESIDENCY OF KCK EXECUTIVE COUNCIL

One comment on “KCK Release Statement Upon Mandela’s Death”